The “New Ragdale Hall”, built in 1785 in the Late Georgian period by the 6th Earl Ferrers in the neoclassical style, was a large, cemented building, considered modern for its time. It was situated on an elevated position north of the village of Ragdale, and was surrounded by an ornamental water-filled moat.

…until 1908 when it was finally purchased from the Earl Ferrers Estate by Albert Cantrell-Hubberesty. The Cantrell-Hubberesty family ran the Hall and estates for the next 50 years and, being a fervent hunting family, were the mainstay of the Quorn Hunt and kept fox-hunting alive in Leicestershire through two World Wars. 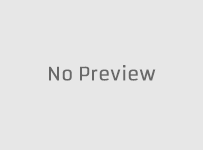