Home
Forget Me Not
WW1 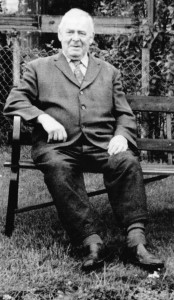 Joseph was born on 12th May, 1882 at Elloughton in the East Riding of Yorkshire, one of four children.

The family were brought up as Primitive Methodists – the moral code remaining with Joseph throughout his life. As an octogenarian he might, very occasionally, partake of a small glass of sherry. Nothing more.

On leaving school at the age of fourteen he found work gardening. As there were many large houses requiring help in the garden, he would have received training from the Head Gardener of wherever he was fortunate enough to be employed.

A Reference of February 1906 from Oswald Sanderson of Hessle Mount, Hessle near Hull, recommends him to The Earl of Feversham at Duncombe Park, Helmsley, North Yorkshire. 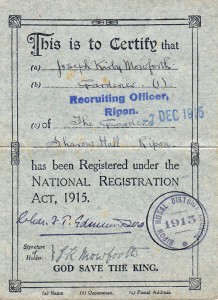 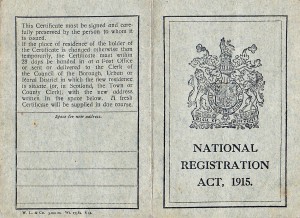 In February 1908 a Reference from the Earl’s Head Gardener recommends Joseph to Edwin Fenton of The Lawn, Sutton on Hull. He worked here until September 1912 when he went to Sharow Hall near Ripon, as Mr. Fenton retired to Bridlington and did not have need of a gardener at his smaller property.

Joseph remained at Sharow Hall until long past retirement and died in June 1973 aged 92 years. 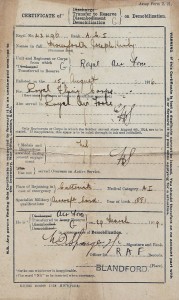 Records of his wartime service are sketchy. His Demobilization Certificate of 1919 tells us that he had been based at Catterick Camp, North Yorkshire, where he enlisted as a member of The Royal Flying Corps in August 1916 and consequently served in The Royal Air Force as an ‘aircraft hand’. Family stories tell not so much of his ‘daring do’ but of him actually continuing with his gardening – growing vegetables and caring for the poultry in order to feed the troops. 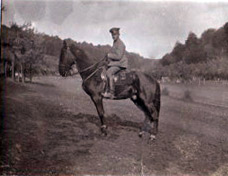